He saw the Future and never looked Back… 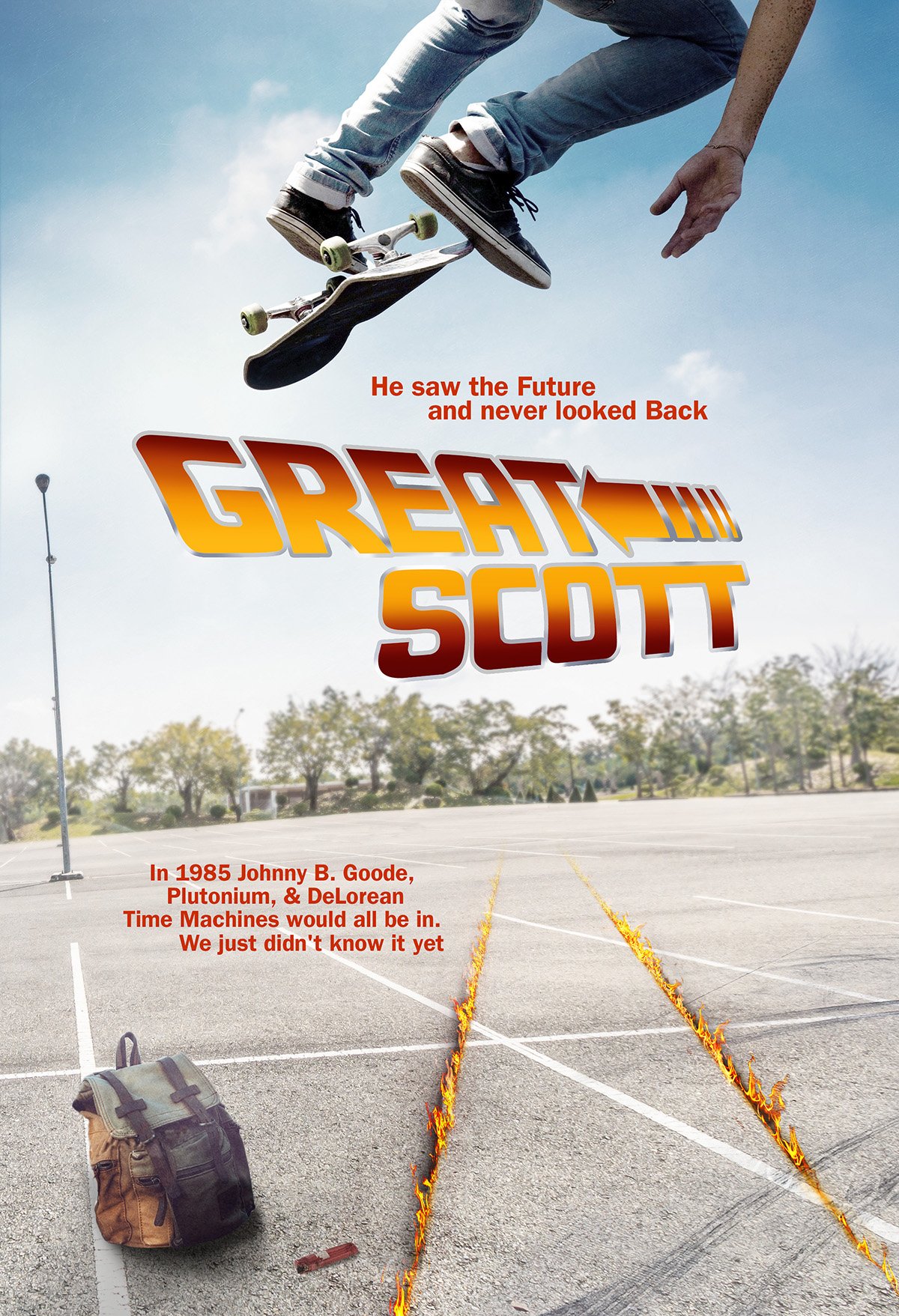 Great Scott is a coming of age comedy, where the highs of being a super fan can’t hide the lows of real life… and being the hero isn’t always what it seems when things get heavy!

Manchester, 1985. Scott is desperate to be anything but ordinary… Anything but himself. After watching BACK TO THE FUTURE on holiday in Florida that summer, he returns home fixated with the film. But no one in the UK has seen it yet, so knock off aviator sunglasses and a red puffer vest don’t have the stand out effect he was after!

With a burning desire to fix his parents’ marriage, get the girl, defeat the school bully, and rock the end of year disco, can Scott emulate his hero, Marty McFly, and turn his life around… or will the wheels come off his crappy skateboard for good this time?